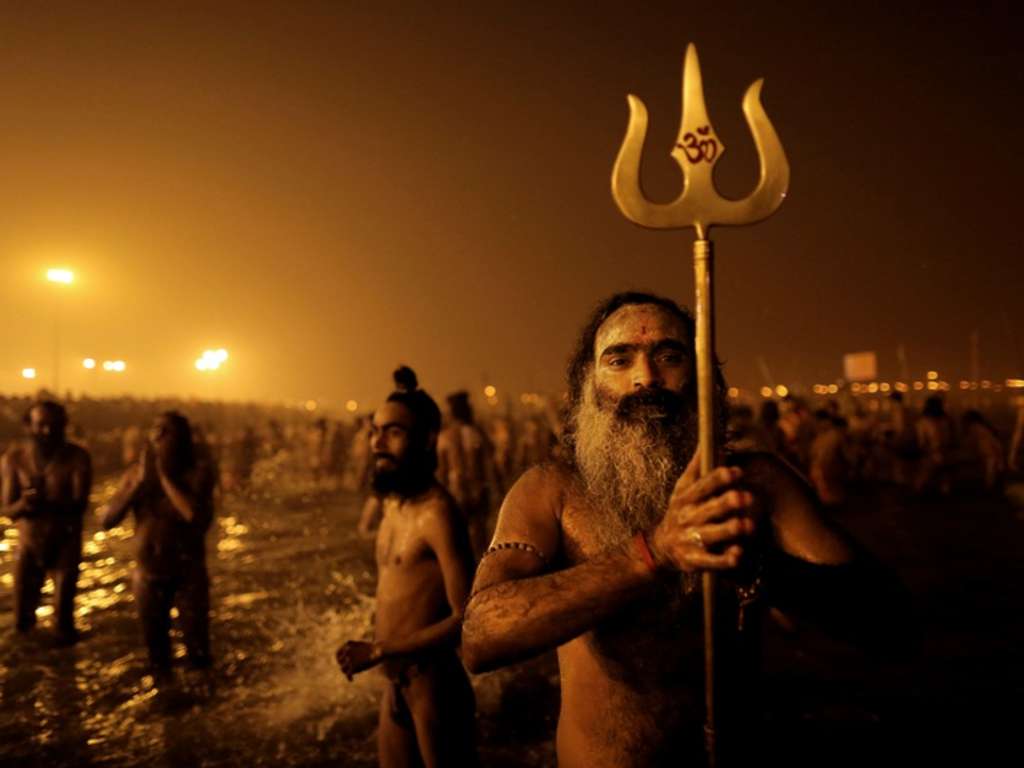 ¤ India – A Country of Diverse Religion

Four main religion were born in India while the others came with invaders, travellers and missionaries from abroad.

Despite the multitude of faiths prevalent in India, the country has by and large, been free of any internecine strife. Hindus constitute an overwhelming majority in the country and it is a creed which is renowned for its catholicity of outlook.

For Hindus, religion is a tool to achieve a one-to-one communication between god and man. However, Hinduism became too ritualistic; and in the 6th century B.C., a great social churning took place in the country – out of which emerged Jainism and Buddhism.

Jains place self-conquest above all else – it is one of the most ascetic of faiths, with its votaries living in the most spartan manner imaginable.

Buddhism, on the other hand was exported to the Far East, although its philosophy was almost snuffed out in the land of its origin. An iconoclastic faith like Buddhism could not compete with ritualistic Brahminism that cleverly co-opted Buddha into their ‘holy pantheon of gods’.

By the 12th century, India began to get coloured with a distinctly Islamic flavour as wave after wave of Islamic hordes descended on the country. Drawing sustenance from the Koran and the Sunnah (sayings of Prophet Mohammad), their missionary zeal was unmatched.

Although Islam (which has two main sects – the Shias and the Sunnis) is as distinct from Hinduism as chalk from cheese, the two faiths learnt to coexist with each other, cheek by jowl. and the confluence of the two religions produced a cultural syncretism, which is exemplified by the Urdu language   – an amalgam of Persian and Hindi. and out of  the fusion of the two cultures arose new religious denominations – uniquely Indian, which characterised the Hindu-Islamic interface.

The best example of that synthesis are the Ahmediyas – a sect that abides by the Holy Koran and the Prophet, yet practises idolatry which is a decidedly Hindu custom. Christianity and if you think that Christianity came to India with the Europeans – you would be off the mark by 1500 years. For St. Thomas came to India in 50 A.D. and brought the teachings of Jesus along with him – even before the Messiah was adopted by Europe. But the Europeans did bring with them a scientific temper and the Indian Renaissance of the 19th century, was largely due to their influence.

As Albert Einstein said “religion without science is mere superstition” and men like Raja Ram Mohan Roy and Swami Vivekananda strove to inculcate a rational outlook among their countrymen.

Vivekananda put it eloquently when he said that “I do not believe that a god, who cannot provide me food to eat on earth will ever give me paradise in heaven”.

Suffice to say in the end that we could actually work miracles if we used religion in a positive manner. India is a land which has always been tolerant of people belonging to different races and religions.

After all the Jews who have been persecuted the world over, have never been discriminated against in India and the Zoroastrians fled Iran in the eighth century and sought sanctuary in India, when they suffered maltreatment in the former country. Small wonder then that most major religions have made their presence felt in India.